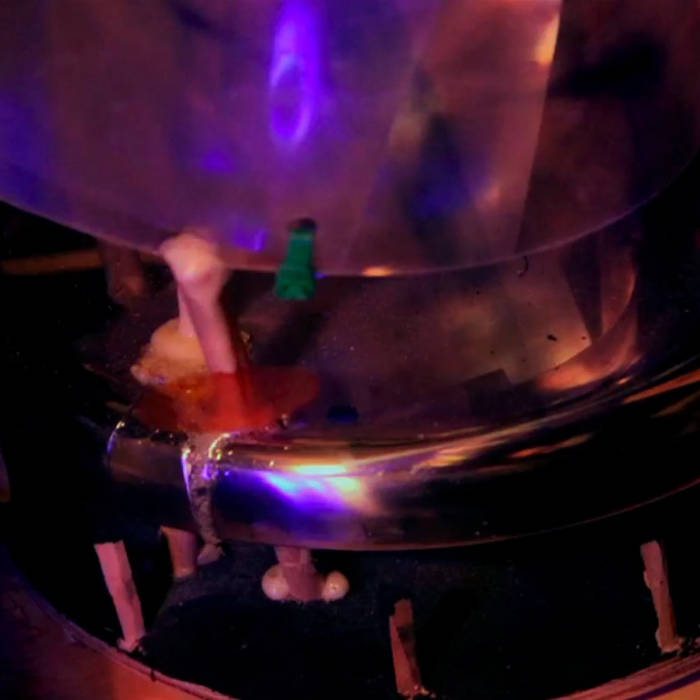 Composed with support from Issue Project Room’s Emerging Artist Commission, Releasing Bound Water from Green Material was originally conceived as a multi-media piece with a fully notated percussion trio at its center, surrounded by permeating open-form pieces for a mixed ensemble. Working in close collaboration with composer Katherine Young, visual artist Michael Kenney created multifarious projections and a sculpture that externalized its insides as it projected memories of the objects it contained.

Since its debut in 2010, Young and Kenney have continued to play with the materials. All the music on Releasing Bound Water from Green Material comes from the live recording of the premiere performance. Exploring perceptual shifts initiated through processes of saturation, evaporation, filtering, and decay, Capacity is for gongs, drums and wooden objects. It has been left completely intact as it was premiered by TimeTable percussion trio.
Binding-Releasing I and II, however, have been completely reconstituted. Using samples from all parts of the concert, Young has remixed the materials into two new pieces that create an intimate, reflective frame for Capacity. Similarly, Kenney has reworked footage used in the live performance for these new videos.

Mixed by Katherine Young
Mastered by Jeff Kaiser
Special thanks to Sam Withrow for pushing play on the back-up recorder!
katherineyoung.info